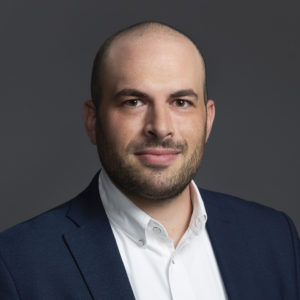 Danny bridges the gap between urbanists and technologists when it comes to infrastructure, real estate, planning, and economic development. With deep experience in both the public and private sectors, he has shaped and managed large-scale capital investment programs and district development strategies; led the development of government data products and digital tools; and designed and implemented organizational changes that foster innovation and efficiency in government.

Most recently, Danny served as Founding Director of the Capital Planning Division of the New York City Department of City Planning (NYCDCP), where he was responsible for integrating new technologies and data-driven approaches into the City’s capital planning and budget-making process across nearly two dozen agencies. In this role, he:

Prior to NYCDCP, Danny was a Principal at HR&A Advisors, where he:

Working at the nexus of economics, public policy, technology, planning, and design has allowed Danny to serve as a trusted advisor to senior leaders in government, real estate, and nonprofits. As Managing Partner of HR&A’s New York Office, he is also working to grow HR&A as a place for brilliant professionals to shape the future of urban life.

Danny has been a guest lecturer at Columbia University, New York University, Yale University, and numerous conferences and community events across the country. He holds a Bachelor of Arts with distinction in Architecture and Urban Studies from Yale University.