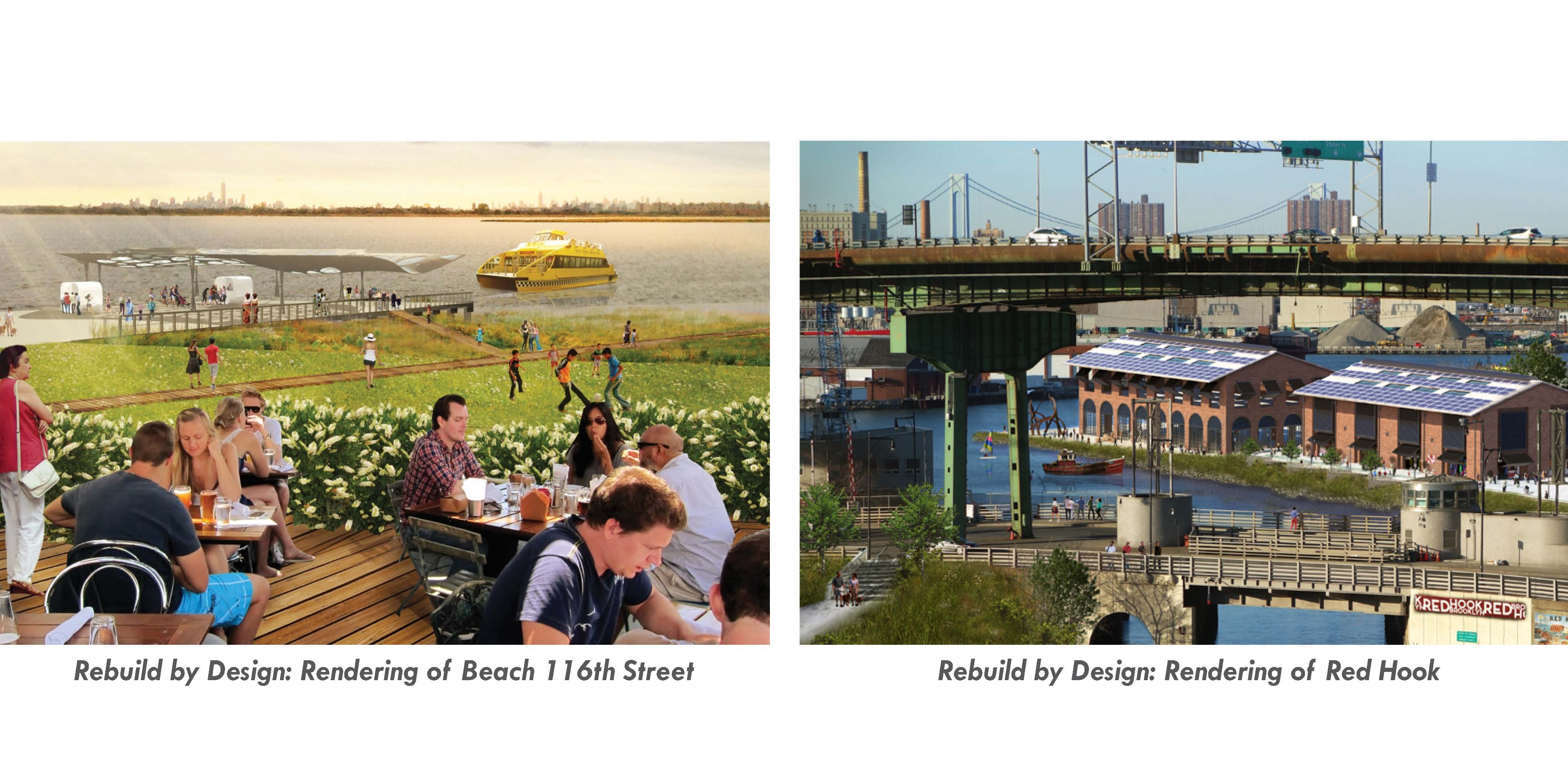 In early April, HR&A’s multidisciplinary team submitted its final proposal for Rebuild by Design, focused on concepts that will enhance resiliency and economic vitality of the region’s coastal small business corridors and the neighborhoods that surround them.

HR&A Advisors has been a leader in resiliency planning in the northeast in the aftermath of Sandy, including Jamie Torres Springer’s role in the Special Initiative for Rebuilding and Resiliency, our work managing NY Rising Community Reconstruction Program efforts for New York State, and participation in the innovative Rebuild by Design process. We are also proud to be working with the Rockefeller Foundation on its 100 Resilient Cities initiative to develop resilience strategies around the world.

Rebuild by Design is a competition initiated by the Obama administration to develop and implement innovative concepts for resiliency in communities impacted by Hurricane Sandy. HR&A led one of the 10 teams of international design and planning firms throughout the 8-month process.

The HR&A team’s recommendations include program and design proposals for three study areas and one regional initiative, all of which support both flood protection and commercial revitalization, recognizing that the two can go hand-in-hand in innovative ways: from local associations of merchants taking collective action to the use of new commercial and mixed use property as flood mitigation infrastructure.

Proposals for Red Hook, Brooklyn, include large-scale infrastructure investment to create a neighborhood-wide integrated flood protection system, and an implementation strategy for identifying a local organization to oversee community planning and manage construction. For the Beach 116th Street corridor, proposals include a pilot of a building mitigation program, support for community planning, and expansion of the recently-established Beach 116th Street Partnership merchants association. In Asbury Park, we recommend a beachfront integrated flood protection system, restoration of the City’s coastal lakes, and urban design initiatives with the aim of uniting the City’s communities. We also recommend creating a regional program for building mitigation, starting with expanding New York City’s Business Resiliency Investment Program and creating a New Jersey Shore-wide initiative, providing funding and technical assistance to business and property owners to carry out resilient improvements.

The jury, including HUD Secretary Shaun Donovan, will ultimately select projects from the pool of ten teams to receive Community Development Block Grant Disaster Recovery funding for planning and implementation.

In August, 2013, the HR&A/Cooper, Robertson & Partners team was selected, from approximately 150 submissions, as one of the ten teams to particpate in the Rebuild by Design competition. Additionally, HR&A provided economic and policy advisory to support the Office of Metropolitan Architecture (OMA)-led team and guided economic strategy for a third team led by OLIN and PennDesign.

Follow the latest on Twitter, and read more about the final proposals in New York Magazine, Curbed, and Gothamist.