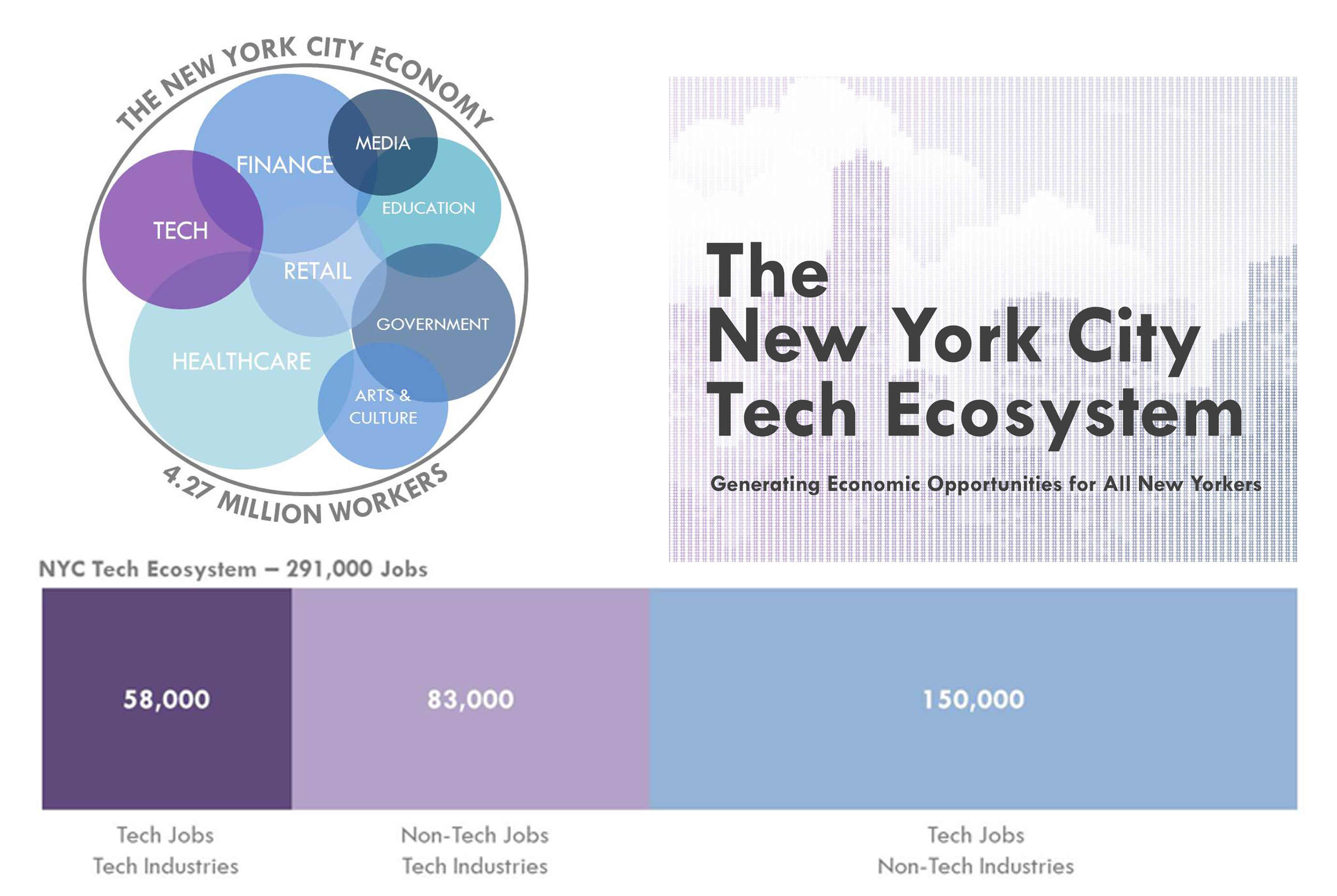 HR&A Director Kate Wittels noted that “The spectrum of tech-related occupations — from programmers to sales reps — is creating well-paying and quality jobs for New Yorkers at all levels of educational attainment. Fostering the growth of the New York tech ecosystem will increase economic opportunities for all New Yorkers.” The tech ecosystem contains 291,000 workers who work in tech industries or perform tech functions for non-tech firms. The economic activity engendered by these direct jobs supports 250,000 additional jobs throughout the City’s economy, and generates $125 billion in total spending and over $5.6 billion in annual tax revenues.

Over the past several years, HR&A has contributed to developing strategies to grow New York City’s tech ecosystem. We managed the Take the H.E.L.M. competition to attract creative economy tenants to Lower Manhattan and are managing the NYC BigApps 2014 competition to facilitate the creation of mobile and web applications that leverage City data to solve civic issues. In addition to these programs, we were economic advisors for the Brooklyn Tech Triangle plan to enhance downtown Brooklyn’s tech sector.

Find a full copy of the report at www.nyctecheconomy.com and follow the buzz on twitter: #nyctecheconomy. Learn more about our study in the New York Times, Crain’s, Tech President, The Wall Street Journal, Bloomberg, and on NY1. Listen to Kate Wittels discuss the study on WNYC here.