Are We Ready for $2T in Infrastructure Investment?

A week before President Biden announced the American Jobs Plan, Mariana Mazzucato released Mission Economy: A moonshot guide to changing capitalism. The book builds on her previous work – and that of several other predominantly women economists – exploring the role of government in shaping market dynamics and economic development.

The American Jobs Plan represents a generational opportunity to demonstrate how government can once again do more than repair public assets and fix market failures. The Plan can re-enable government to be a market-maker, shaping industry investments to better serve the public and workers. Nowhere could this be more applicable than in the integration of tech into infrastructure and real estate markets.

The nation’s connectivity infrastructure – broadband, 5G, and beyond – will be a proving ground for this ambition. 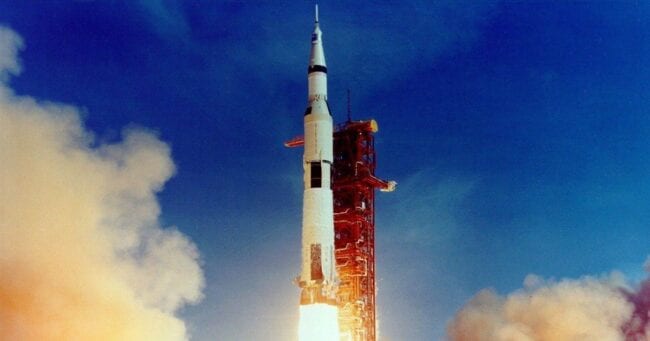 Mission Economy brings the concept of government as a powerful market-shaper to life through a rich, data-driven narrative of the massive, multi-generational, industry-shaping impacts of JFK’s vision of putting a man on the moon and returning him safely to earth by the end of the 1960s. It is not hard to draw a line from that vision to the United States’ tech dominance in the last half century.

The American Jobs Plan has the potential to be a similar moonshot.

It can do so not only by investing in 21st century infrastructure, but also by centering racial equity, inclusive economic opportunity, and community and worker participation – imperatives that were certainly not part of the original moonshot effort, led by a white male elite to success only a year after the Poor People’s Campaign – a juxtaposition that was present at the launch site and captured in verse by Gil Scott-Heron in “Whitey on the Moon.”

As with the first moonshot, the hard work will begin, not end, with the statement of vision.

The Fundamental Challenge of Investing $100+ Billion in Broadband

The American Jobs Plan takes aim at universal access and greater affordability in broadband. Those are the primary broadband challenges of the moment for tens of millions of Americans.

By far the greatest challenge to realizing those aims is the structure and capacity of government. You’ve heard of Departments of Transportation, Public Works Divisions, and Water and Sewer Authorities. Have you ever heard of a “Broadband Department?” Me neither.

Except for the rare jurisdictions with municipal broadband networks, the best most State, City, and County governments can muster is a “Broadband Office” – usually with its authority a function of the interest of the executive currently in office, rather than with a legislative charter. To be fair, some broadband “czars” have been quite effective. In some neighborhoods, nonprofit community-led networks have delivered outsize benefits for neighbors – particularly in Black, brown, and indigenous communities.

But in most places, public sector leaders emphasize collaboration among departments of economic development, information technology, public works, transportation, the executive’s office, and, too infrequently, housing agencies. In New York City, we helped guide a task force of 17 agencies whose assets have some meaningful role to play in shaping ubiquitous connectivity.

These kinds of interagency collaborations are notoriously difficult to manage – often reporting to multiple senior leaders and elected officials, and frequently unable to survive changes in leadership. Consequently, they create greater risk for private sector partners and contractors who are essential to delivering and managing connectivity infrastructure in most places. These managerial challenges are just a symptom of the massive gap in public institutional capacity to shape our broadband future.

State and local governments rarely spend any money on broadband infrastructure, let alone the $100 million or more to be distributed to each state through the already-enacted American Rescue Plan. The American Jobs Plan, with its $100 billion more, is not silent on the issue of local governance, but does not contain much in the way of guidance.

Following the Accessible, Affordable Internet for All Act (read our summary), the Plan would remove barriers to local authority – an essential step – and create a national Office of Internet Connectivity and Growth (OICG) to help track and streamline interagency efforts at the federal level. But this is nowhere near the White House-level position that this issue of economic growth and national security warrants, nor do these moves facilitate local capacity-building.

For instance, State and local governments are ill-equipped to decide on fair or effective allocations of the proposed $1.3 billion for digital equity-related investments, including for capacity building in community-based organizations.

An HR&A national survey asked more than 120 local governments and communities who should administer federal broadband spending; 70% are confident that economic development agencies can deliver best. I believe this is not only an affirmation of these agencies’ general competence and capacity, but also a recognition that universal broadband is foundational to economic development in the 21st century.

As with the space race, approaches taken now to deliver ubiquitous, affordable connectivity will shape markets for telehealth, education, remote work, the Internet of Things, and “smart cities” for generations to come. Taxpayers will either once again help enrich already big businesses, or they will create new opportunities for workers, nonprofit institutions, and small and medium-sized enterprises that may grow into the new powerhouses of the industry.

Where broadband offices have not yet been empowered or well-resourced, State and local economic development agencies are likely our best bet for the near-term.

Opportunities for the Biden-Harris Administration

What more could the administration do? There is no shortage of ideas. The National Urban League has offered a plan. New America has called for a Digital Futures Foundation. Next Century Cities recently elevated case studies from six cities in red states and blue. HR&A is working on new approaches in the affordable housing sphere with the Ford Foundation. Competitive grants could be structured a la Race to the Top funding that seeks local government reforms as prerequisites.

I have been discussing the need for a federally-sponsored technical assistance program with leaders in local government, community-based organizations, and philanthropy. This would be an easy win for the administration that could help expedite network deployments, facilitate community participation and knowledge sharing, maximize public benefits, and begin to build the longer-term institutional capacity at the local level that is essential to local resilience, economic development, and infrastructure governance.

The Internet got its start in the same year that man landed on the moon, when the first four research institutions were connected via ARPANET. The first two decades of the Internet were driven by government. The last thirty years have been driven by the private sector.

We need a new relationship between government and industry when it comes to broadband and the connectivity economy that builds on the successes of the past and recognizes the imperatives of the present.

We have a brief window to get it right.

Read more about our work on the digital divide:
– Local Priorities for a National Broadband Stimulus
– The NYC Internet Master Plan
– Broadband from the Bottom Up: How Community Organizations Can Shape the Broadband Future
– Community-Centered Wireless Infrastructure Networks