In May 2021, the U.S. Department of Housing and Urban Development (HUD) announced the award of a $30M Choice Neighborhood Implementation Grant to the City of Detroit that will make the Corktown Framework Plan a reality. The grant and Framework Plan were both a direct result of work HR&A has done over the last 2 years in Detroit to identify strategies that deliver equitable economic development.

The Greater Corktown Neighborhood Framework, shaped by the community and released in November 2020, focuses on reinforcing this vibrant and diverse neighborhood as a place of opportunity for all residents, leveraging transformative investment under way by the Ford Motor Company in a new mobility innovation district anchored by the revitalized Michigan Central Train Station. HR&A’s team, led by Kate Collignon, worked with Perkins & Will and the Detroit Planning Department to set the stage for neighborhood infrastructure and policies that preserve affordability while fueling neighborhood and citywide economic growth. The plan dovetails with the creation of the 27.5-mile Joe Louis Greenway — plans for which HR&A also supported as part of a team led by Smithgroup – which will increase mobility and recreational opportunities, and connect neighborhoods throughout Detroit to employment centers like that emerging in Corktown.

Now awarded, the Choice Grant will serve as the foundation of making The Corktown Plan a reality. It will preserve the existing public housing in the neighborhood and create more than 700 new affordable and mixed-income homes. In addition, the grant will leverage over $800M in additional public and private investment in public space, community facilities and commercial development.

Read more on the project:

See more from our project partners: 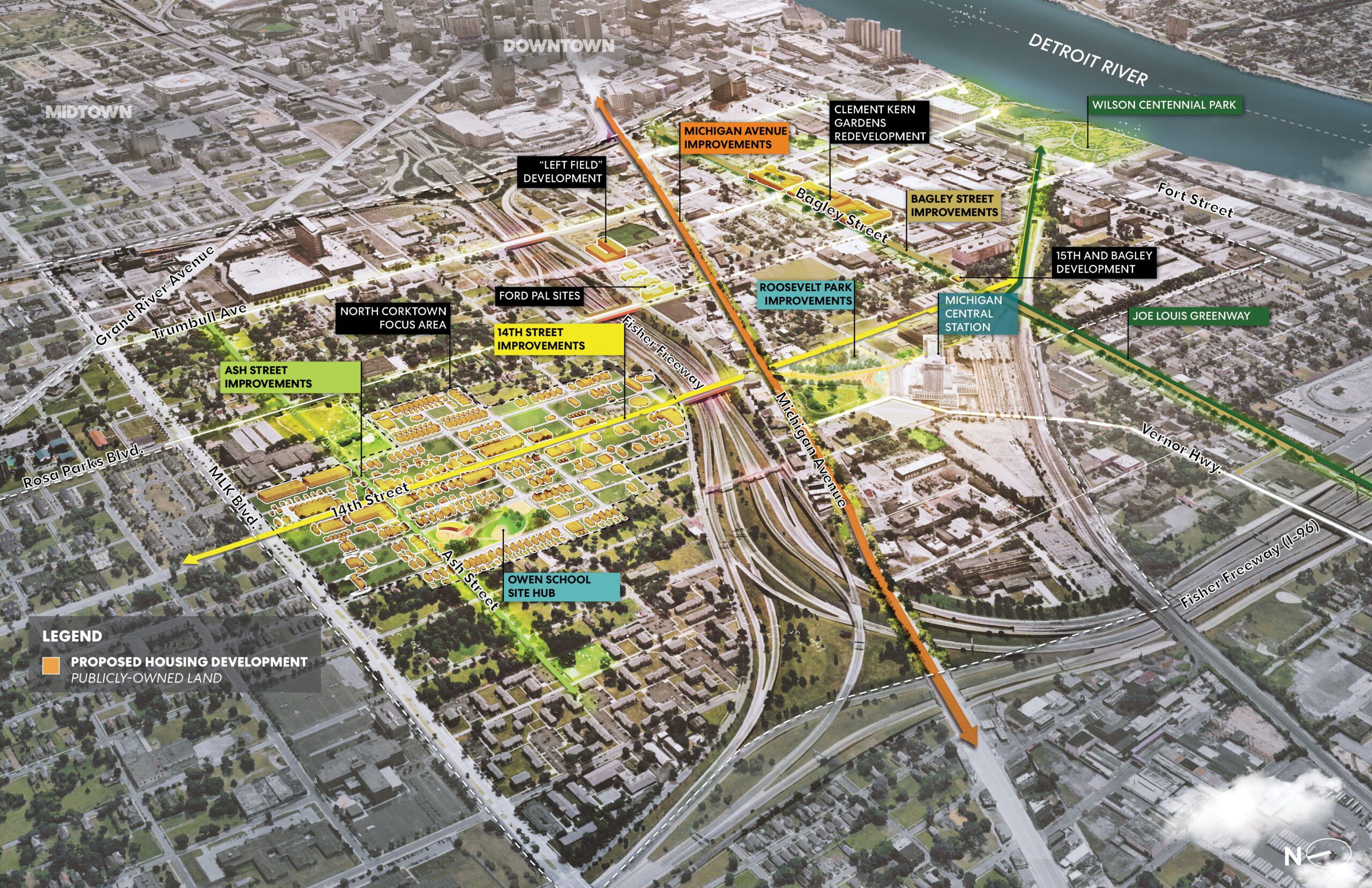