The World Bank is exploring the opportunity to leverage a public-private partnership to help develop a transformational mixed-use transportation hub in central Dhaka.

The Mohakhali Bus Terminal is a large transportation facility which utilizes more than eight acres of highly valued land in central Dhaka. With Dhaka’s unprecedented economic and population growth in the last decade and its proximity to desirable neighborhoods, the site has the opportunity to serve as a key transportation hub for North Dhaka—serving as an interchange for inter-city and regional buses, as well as future bus rapid transit planned for delivery in 2035. Mohakhali is well positioned as a catalyst to transform the neighborhood and Dhaka’s infrastructure. As part of the World Bank’s “Improving Private Sector Participation in Dhaka Public Transport” project, the site has the potential to leverage a novel public-private partnership for the first time, to support the funding and operations of a transportation facility at world-class standards.

To explore these opportunities and craft a strategy for Mohakhali that realizes the site’s potential, the World Bank retained HR&A to determine a market-supportable mixed-use development program that maximizes site value and while accommodating current and future transportation program.

HR&A provided the World Bank and the Dhaka North City Corporation (DNCC) with a detailed assessment of the site’s physical existing conditions, a real estate market assessment for a variety of land uses, proposed a development program, and recommended a private-public partnership structure. First, HR&A conducted real estate market, demographic, and socioeconomic analysis to understand the site’s context and consulted with local developers and stakeholders to identify potential risks factors and opportunities. After developing an understanding of the mixed-use development that could be supported on site, the team developed real estate and program scenarios on the site’s publicly owned land to size the future revenues and the potential to support the terminal’s operating costs with the sale or lease of land and air rights. Finally, the team prepared a menu of potential partnership structures across both terminal operations and the proposed mixed-use private development, detailing roles and responsibilities for DNCC and private operations, along with estimated financial outcomes for each option. Implementation of these strategies will involve developing a roadmap of regulatory and institutional roadblocks and then identifying a critical path forward.

DNCC and the World Bank have begun implementing the next steps identified in the report, including meeting key municipal and national leadership and building broad consensus around the transformational potential of Mohakhali and the opportunities for private-public partnerships as a model for Bangladesh’s rapid infrastructure development. 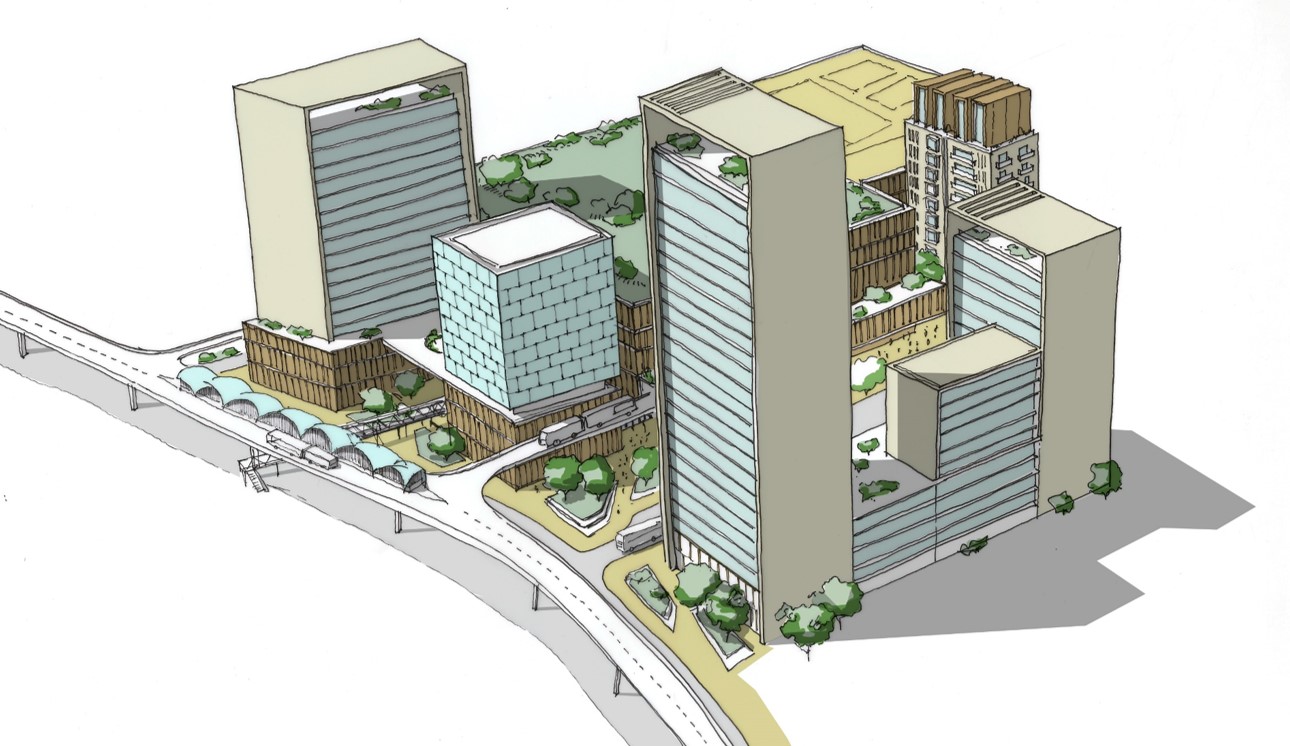