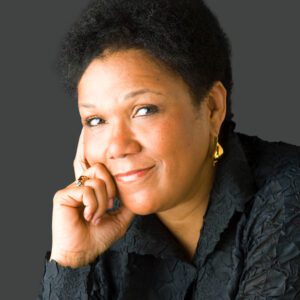 Immediately before joining HR&A in March 2022, Marilynn was Chief Real Estate Officer at Clark Atlanta University, the first to hold that newly-created role, where she led the optimization of the University’s real estate portfolio, strategizing the commercial development of its 50+ acres of underutilized off-campus assets. A key objective of the CAU development strategy was to generate accretive, long-term revenues to the University through thoughtful projects that are regenerative and that create opportunity for disinvested communities.

Marilynn’s career has placed her in leadership positions along a range of industry platforms, most recently addressing the dynamics of cities and their impact on the built environment. Among these have been Managing Director of the New York office of IMC Octave, a real estate development subsidiary of industrial conglomerate IMC Pan-Asia Alliance; Chief Executive Officer at landscape architecture firm, Martha Schwartz Partners; and Assistant Secretary of Administration at the U.S. Department of Housing and Urban Development, nominated by President Clinton, and confirmed by the U.S. Senate.

Her earlier experiences were in global business, including FleetBoston Financial Corporation (now a part of Bank of America), American Express Corporation and General Motors Corporation.

Marilynn has served on several boards or in advisory roles related to the arts, architecture, and cities, including the Studio Museum in Harlem, the Skyscraper Museum (NYC), Open House New York, the NY/NJ Regional Planning Association’s Community Planning and Development Committee and the World Policy Institute’s Emerging Cities Project. She is a member of the University Development and Innovation Council of the Urban Land Institute. She was selected as a Fellow of the David Rockefeller Program of the New York City Partnership, and was later recruited to serve on its Advisory Committee. Her previous for-profit board experience was at Loop!, a telecommunications affiliate of Covad Communications, based in Barcelona, Spain.

Marilynn earned her B.A. from Smith College, Masters degrees in economics from both the University of Michigan and Washington University in St. Louis, and an M.B.A. from the Harvard Business School.