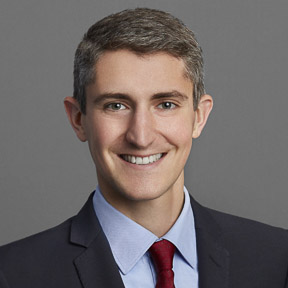 Giacomo helps government agencies, businesses, and non-profits to shape and deliver better investments and public policies, especially in the fields of technology and innovation.

At HR&A, he has supported economic development initiatives by devising strategies for innovation districts and place-based investments; advised clients through real estate market and development analyses; and implemented the deployment of workforce programs and technologies. His clients span universities, foundations, government entities, and nonprofits in the East Coast, Southwest, and Midwest.

Before joining HR&A, Giacomo crafted and implemented technology strategies at the Massachusetts Executive Office of Technology Services and Security. There, he led a project to reimagine the Commonwealth’s delivery of unemployment benefits and workforce services. At EOTSS, he also worked closely with Massachusetts’s Chief Digital Officer to scale the Digital Service team and to launch the new state website Mass.gov. While he was a student at the National University of Singapore, his consulting project on urban redevelopment for Singapore’s Centre for Liveable Cities received the WyWy Gold Medal for Best Policy Analysis Exercise. Previously, Giacomo worked in the New York City government as an Urban Fellow. He is a member of the Harvard Kennedy School’s Emerging Technology Policy Network.

Giacomo has a Bachelor of Arts in Government from Harvard University and a Master of Public Administration – Master in Public Policy dual degree with distinction from the London School of Economics (U.K.) and the Lee Kuan Yew School of Public Policy (Singapore). His work has been published in academic journals, TechCrunch, Gizmodo, Foreign Policy, and an Italian newspaper. He also regularly writes about policy, technology, and international affairs on his Medium blog, The Envoy.