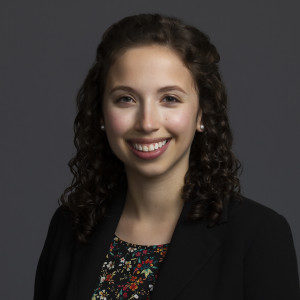 Gail is focused on effective policies and smart planning to improve the lives of people in cities across the globe.

Previously, Gail was a researcher at the Center for an Urban Future, where she contributed to reports on topics including healthcare worker transportation, public parks infrastructure, and regulation of for-profit colleges. She also worked for the B-Hub at ideas42, where she translated academic behavioral science research findings into actionable solutions to real-world problems.Prior to graduate school, Gail served as a Senior Research Analyst at CEB (now Gartner) and as a Customer Experience Analyst at ORC International.

Gail is a native New Yorker and earned her Master’s degree in Public Administration from the Robert F. Wagner School of Public Service at New York University. She received her Bachelor of Arts degree in Government from Cornell University.