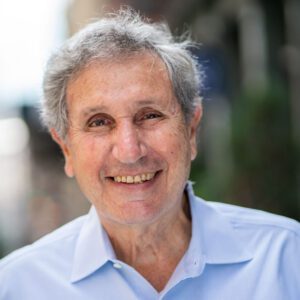 With over 40 years of experience in public service and urban development, Carl’s distinguished career is a testament to his commitment to building equitable, resilient, and economically vibrant communities.

Throughout his career guiding public agencies and transformative development initiatives, Carl has served the City of New York in many capacities– most recently, as Chairman of the New York City Planning Commission and Director of the New York City Department of City Planning. Prior to these appointments, Carl was a Partner at HR&A, where he managed the successful rezoning of the Hudson Square area in Manhattan, which has transformed the neighborhood into a dynamic hub for creative industries and new housing, including up to 700 affordable units.

Carl is the former chairman of the New York State Health Foundation, a non-profit entity which funds innovative healthcare programs throughout New York State. He is also a former Trustee of the Ford Foundation and the Urban Land Institute, as well as a former full-time faculty member at New York University’s Schack Institute of Real Estate, where he served as Academic Chair of the Concentration in Global Real Estate.

Carl was the inaugural recipient of the 2017 John E. Zuccotti Public Service Award from the Real Estate Board of New York, which recognizes citizens who have displayed exceptional accomplishments and service in the public’s interest. In 2011, Carl was recognized by the Center for an Urban Future as “one of New York’s most innovative economic development leaders over the past three decades” and, in 2002, Carl was honored by Crain’s New York Business as one of the “100 Most Influential Leaders in Business.” He has received both the “Chairman’s Award” by the New York Landmarks Conservancy (2000) and the “Public Interest Service Award” by New York University (1993).

Carl holds a Bachelor of Science from Cornell University and a Juris Doctor from New York University School of Law.

Board Member, Trust for Governors Island