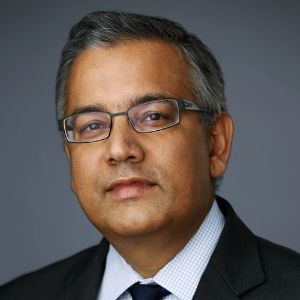 Amitabh Barthakur brings 20 years of national and international experience along with a deep understanding of planning, policy and market issues pertaining to California and the Southwestern United States.

Amitabh’s core expertise is centered on economic evaluation of land use and environmental policy decisions. He assists developers and public agencies to balance land use strategies that are economically viable in the marketplace and fiscally sustainable in terms of their impact to public resources.

Throughout his career, Amitabh has led a wide range of projects in the area of land use economics, land use and environmental policy, strategic planning, tourism and hospitality for a variety of public and private clients. In the United States his clients include the City of Los Angeles, the City of San Diego, the State of California, Walt Disney Parks and Resorts, Credit Suisse First Boston, Dallas Fort Worth International Airport, and Phoenix Sky Harbor Airport among others. Internationally Amitabh has advised the Delhi Mumbai Industrial Corridor Development Corporation in India, Economic Zones Company in Qatar, Khazanah Nasional Berhad in Malaysia, the City of Kunming in China, Reliance ADA Group and the DLF Group in India, Ascendas , and Grupo CIE in Mexico.

Prior to joining HR&A, Amitabh was a Vice President with AECOM and served as Regional Director for the Planning, Design, and Development (PDD) business line, which included a multi-disciplinary team of economists, planners, and designers, for AECOM in India. Prior to this, he led AECOM’s Economics practice in the US-West region, based in Los Angeles, and served as the Global Practice leader for the firm’s Economic Planning and Real Estate market sector. Before joining AECOM, Amitabh was a Principal with Economics Research Associates (ERA) in Los Angeles, until the two firms merged in 2007.

Over the past few years, while with AECOM and Economics Research Associates, some of Amitabh’s representative work has included: an assessment of alternative futures for mixed use centers and corridors in the South Bay region of Los Angeles addressing transportation constraints and travel behavior in the future, for the South Bay Council of Governments and the Southern California Association of Governments (SCAG); a real estate strategy for the redevelopment of the Jordan Downs public housing complex into a 1,500+ unit mixed income/mixed use community in Los Angeles with the Housing Authority of the City of Los Angeles; economic analysis to support the vision for the Crenshaw Corridor anchored by the Crenshaw-Exposition Transit Oriented Development (TOD) along the Expo-Line light rail in Los Angeles; an economic assessment of the Park 101 District: a proposed freeway cap park bridging the 101 freeway in Downtown Los Angeles, improvements to the surrounding streetscape and neighborhood, and integration with proposed High Speed Rail at Union Station with the Southern California Association of Governments (SCAG); Economic analysis to support the master plan and development strategy, for one of the first Free Economic Zones in Qatar with Economics Zones Company of Qatar; Economic analysis and implementation strategy for two investment regions along the Delhi Mumbai Industrial Corridor for Delhi Mumbai Industrial Corridor Development Corporation in India.

Amitabh is a member of the American Institute of Certified Planners, American Planning Association, Urban Land Institute, and Council of Architecture (India). Between 2010 and 2012 Amitabh served as a board member of the US-India Energy Cooperation Program (ECP), and headed the Energy Efficient Buildings working group under the ECP.

Amitabh holds a Masters in Urban Planning with an emphasis in economic development and a Masters in Building Science from the University of Southern California (USC). He also holds a Bachelors of Architecture from the School of Planning and Architecture in New Delhi, India.