In addition to the disaster recovery grants awarded to the winning designs, our proposal for the Red Hook neighborhood in Brooklyn resulted in a $100 million joint commitment by New York City and State for the development of an integrated flood protection system.

Launched by the U.S. Department of Housing and Urban Development (HUD) and the Rockefeller Foundation in response to Hurricane Sandy’s devastation in the Northeast United States, Rebuild by Design leveraged public input and cross-sector collaboration to encourage scalable, regional, and implementable development proposals from an iterative design process. HR&A led one design competition team and participated in two additional teams, which were all selected from a first round of 150 applicants to participate in two phases of effort and focused on:

The HR&A led a team, supported by architecture and urban design experts, including Cooper, Robertson, and Partners, to develop the Commercial Corridor Resiliency Project focused on the resiliency and vitality of commercial corridors and retail destinations throughout the flood-impacted areas of the northeast. Pilot initiatives were developed in Red Hook, Brooklyn, the Beach 116th Street corridor in the Rockaways, and Asbury Park on the New Jersey Shore. The team’s proposal included physical design proposals to enhance commercial resiliency from the individual business to neighborhood scale, and outlined programs to support capacity-building and technical assistance for businesses.

On the Office of Metropolitan Architecture (OMA) team, HR&A provided economic and policy advisory support for the development of four design opportunities as part of a Comprehensive Strategy for Hoboken, New Jersey:

As the competition progressed, HR&A continued to support the OMA team in developing a comprehensive resiliency strategy for the City of Hoboken. In June 2014, Secretary Donovan announced the OMA team as one of the winning recipients of funding for the Rebuild by Design competition. HUD announced a $230 million award for implementation of the first phase of the proposal for a Comprehensive Urban Water Management Strategy to defend the community of Hoboken and neighboring areas in Weehawken and Jersey City.

HR&A also provided economic and policy analysis to support the team co-led by PennDesign and OLIN, which developed Hunts Point Lifelines. In the second phase of the competition, HR&A developed an analytical framework to assist the team in shortlisting cities and towns in the coastal Northeast that are susceptible to abandonment or declining economic value due to sea level rise and increased storm activity. In June 2014, HUD announced a $20 million award for further study of “Hunts Point Lifelines,” for which HR&A provided market and economic analysis. “Lifelines” envisions a peninsula-wide resiliency strategy, including a perimeter levee that incorporates recreational access to the waterfront, a network of cleanways that function as both stormwater mitigation and roadway improvements, and an independent district energy grid that ensures continued food access during storm emergencies.

In 2015, Rebuild by Design published a book telling the story of the competition. 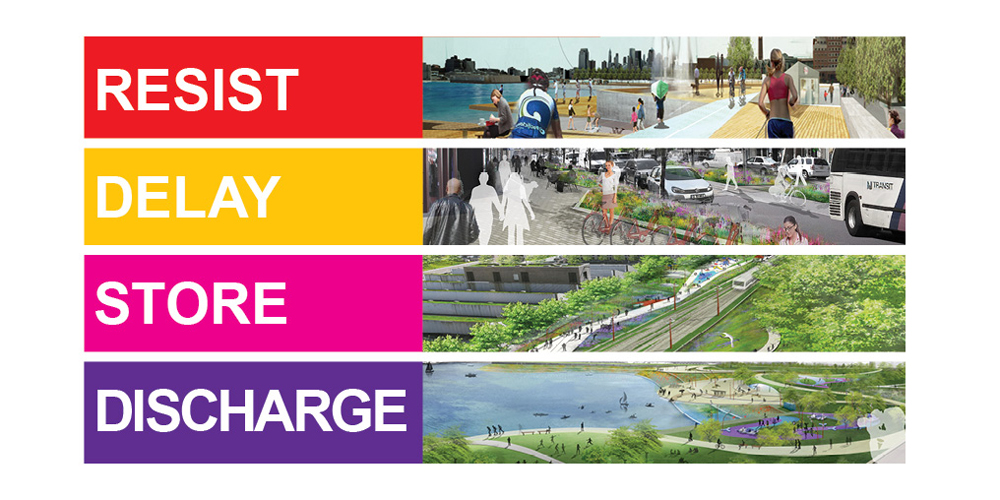