HR&A worked with a consortium of tech and civic organizations including Association for a Better New York, Tech:NYC, and Google to assess the changing landscape of the tech industry in New York City. Our methodology form 2013 established a new bar for Tech Ecosystem assessments and has been adopted widely in many other cities and has been included in academic literature on the subject. Most Tech Ecosystem studies now use the broader definition we established in 2013, which includes all jobs at tech companies and jobs in tech at companies where tech is not their core business.

HR&A used this working definition to estimate the number and distribution by occupation and firm type of tech ecosystem jobs, and to model and evaluate the ecosystem’s economic and fiscal impact to the City.

Tech jobs are increasingly prevalent across all sectors in New York City, including in industries not traditionally associated with “tech.” While 65% of tech ecosystem jobs are in tech industries, a notable 35% share of jobs are in non-tech industries. Nearly 1.5X more tech workers are employed in non-tech industries (131,000) than in tech industries (89,000), particularly in sectors that are key to the city’s current and future economic health – healthcare, film and media, finance, and advertising. About 60% of the tech jobs in non-tech industries can be considered “high-tech,”* focused on the creation and management of sophisticated tools, products, systems, and support services, such as network and computer systems administrators, data administrators, information security analysts, and computer and information system managers. In today’s fast-changing world, these digital skills and jobs that leverage technology will only continue to grow in importance in every sector. 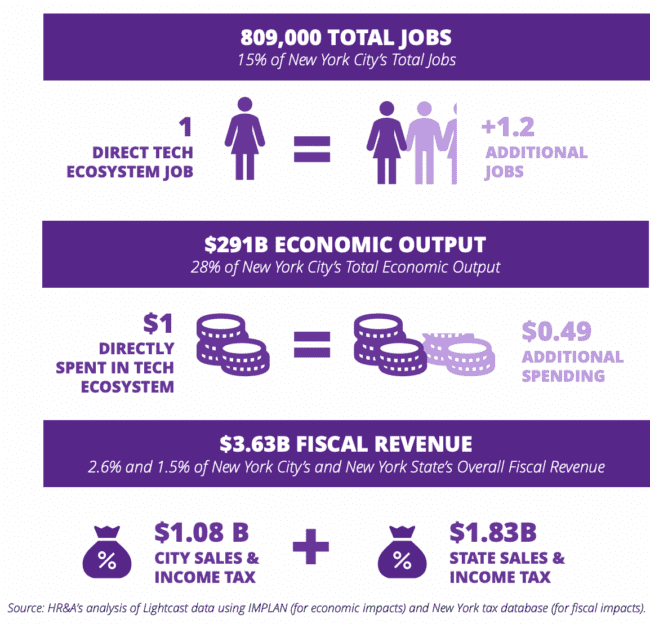 Tech jobs have larger multiplier effects on employment compared to other industries. The 369,000 direct jobs in the tech ecosystem contribute 440,000 additional multiplier jobs in New York City, representing 15% of the city’s total workforce. In 2013, this share was 13%. Every 1 tech ecosystem job creates an additional 1.2 jobs, considerably higher than other top industries in the city like Finance and Insurance or Professional Services.

The city’s tech ecosystem generates $109 billion in worker earnings from direct and multiplier jobs, equivalent to 16% of the city’s total worker earnings. Of that, $66 billion is generated from direct jobs and $43 billion from additional multiplier jobs. In other words, for every dollar of earnings within the tech industry, an additional $0.65 in earnings is created within the city’s economy.

Manhattan serves as the nucleus of the tech ecosystem in New York City. Adding 73,000 jobs over the last decade, the borough now contains nearly three quarters of the city’s entire tech ecosystem workforce. Manhattan provides the advantage of density in businesses, workers, and office space and benefits from historic investments in tech incubators, accelerators, and other programs that grow the tech ecosystem. The remaining jobs are distributed across the outer boroughs, of which Brooklyn has the largest share with 12% of tech ecosystem jobs.

The report has been featured in: 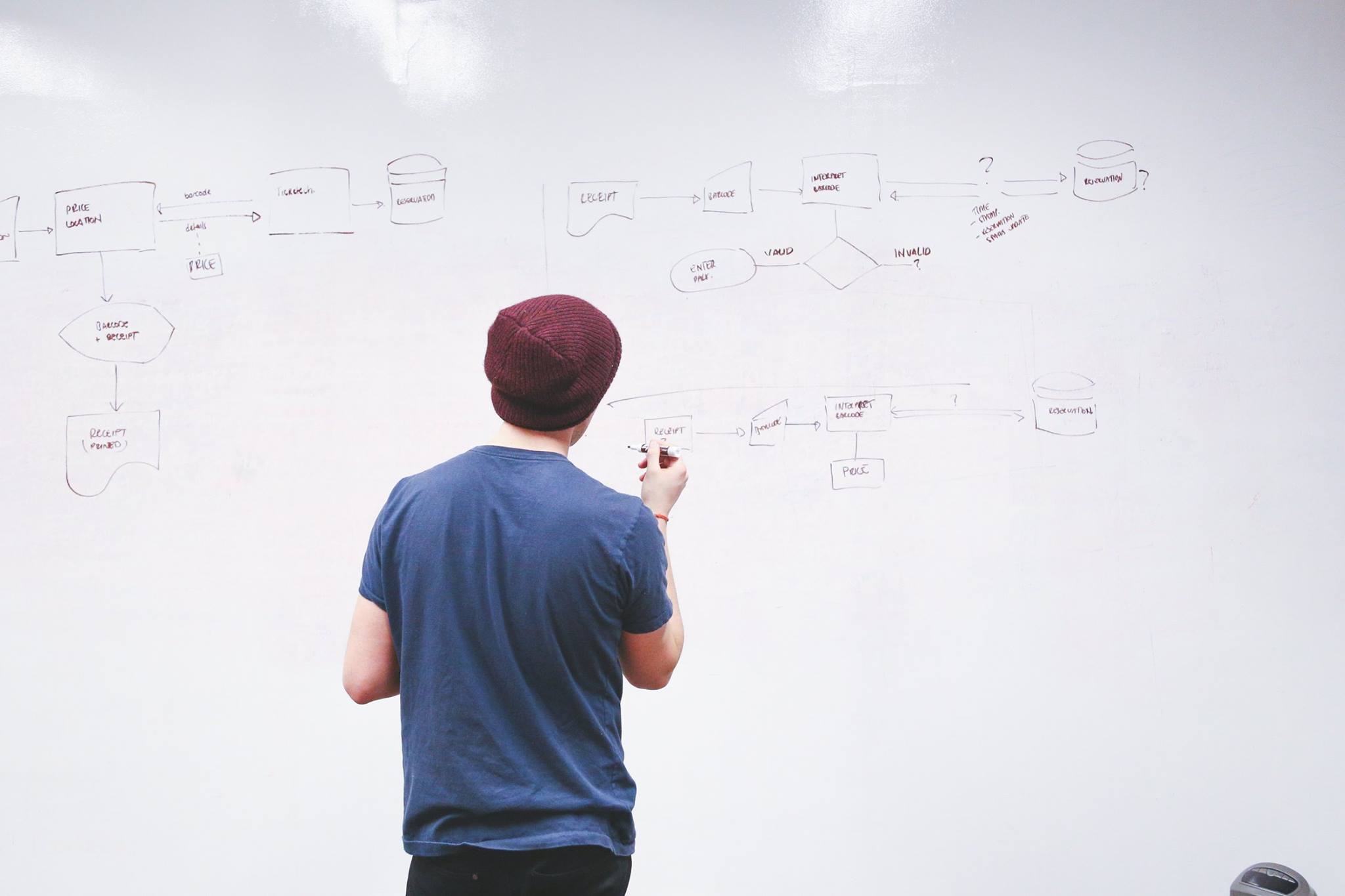