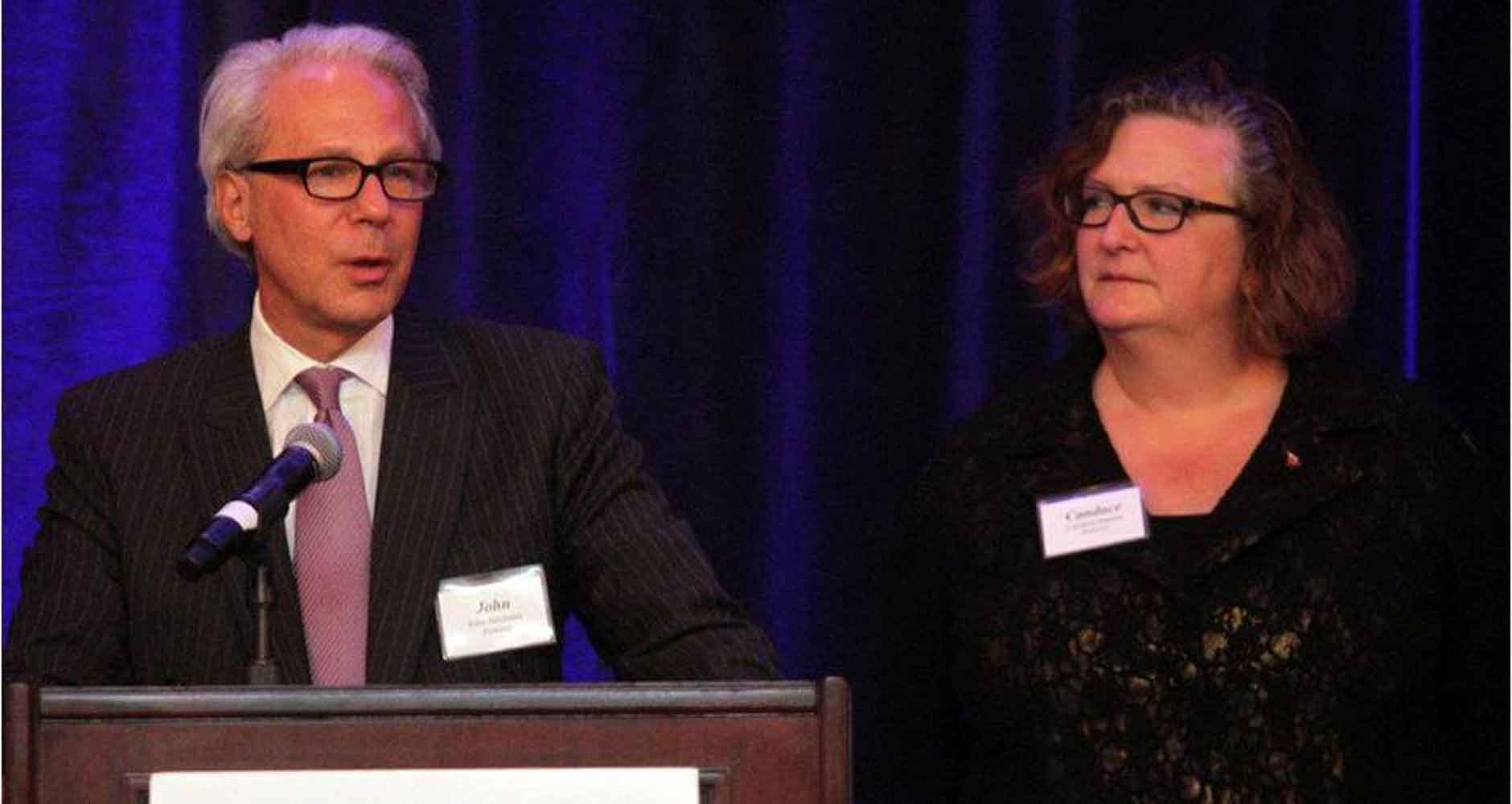 John Alschuler, HR&A Chairman, and Candace Damon, HR&A Vice Chairman, received the Women’s City Club (WCC) of New York Civic Spirit Award at the WCC’s annual Civic Spirit Awards Dinner in May 2012. Adrian Benepe, New York City Department of Parks & Recreation Commissioner, presented the award to John and Candace. Commissioner Benepe spoke of HR&A’s crucial role in the transformation of the High Line into a landmark park, and its ability to guide innovative investment strategies: “HR&A has been at the forefront of park revitalization efforts made possible by attracting private investment.”

The WCC honored John and Candace for their role in projects key to New York’s contemporary renaissance and in similar projects in other great cities. These projects include mixed-use, neighborhood, downtown, campus and regional development projects such as the High Line, Brooklyn Bridge Park, the Heart of Brooklyn cultural consortium, the legacy park that will result from the London Olympics, and the chain of new parks along the Toronto waterfront.

The WCC, a nonpartisan, nonprofit, activist organization of 600 volunteer members, recently completed its 95th year of advocating for causes vital to New Yorkers. The oldest multi-issue advocacy organization in NYC, the WCC recommends changes in legislation, regulations and practices to create a better City. The WCC educates the public to become changemakers, provides a forum for connecting with like-minded advocates and makes resources available for members to bring about policy improvements. Through the Civic Spirit Awards, the WCC publicly recognizes and honors individuals, institutions, organizations and corporations that have demonstrated a commitment to social responsibility in addressing the civic and social needs of the community.

Co-honorees include Laurie Beckelman, a leading expert in the development of cultural and not-for-profit organizations and in landmarks preservation, and Mary McCormick, President of the Fund for the City of New York, an innovator in nonprofit management, social entrepreneurship and adapting emerging technologies for the benefit of government, nonprofit agencies, communities and families.