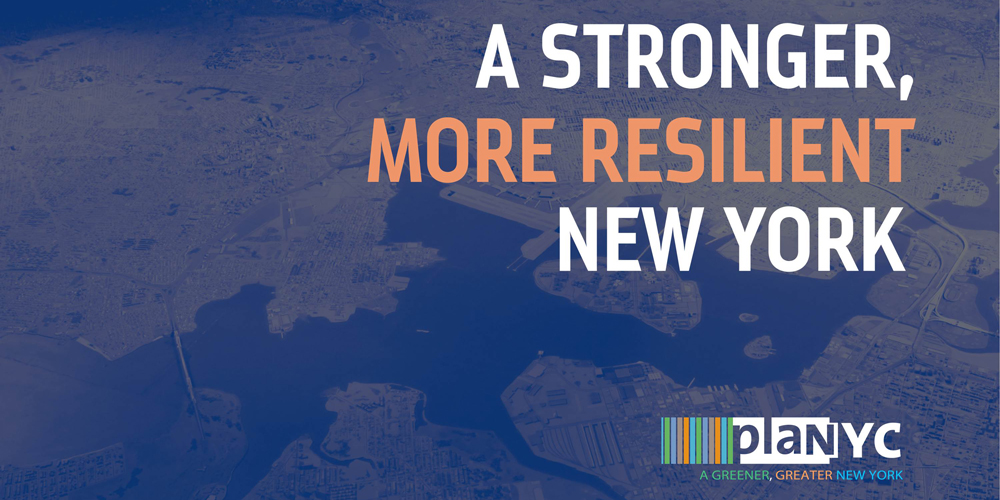 This week the City of New York set a new standard for how cities can protect their residents, businesses and most critical assets in the face of growing climate change risks by launching the Mayor’s PlaNYC Report for A Stronger, More Resilient New York. In response to the devastating impact of Hurricane Sandy and the projected impacts of climate change, the report of the Mayor’s Special Initiative for Rebuilding and Resiliency (SIRR) has more than 250 specific recommendations for rebuilding the communities impacted by Sandy and increasing the resilience of infrastructure and buildings citywide.

The City will embrace these recommendations as part of a comprehensive, multi-layered response to the risks uncovered by last October’s storm, acknowledging that New York is, and will remain, a coastal city. From a range of coastal protection measures, to initiatives that will support adaptation and redevelopment of building stock, to a call for adapting federal policy, including flood insurance, to our urban areas, to economic resiliency measures for five key community areas across the City, New York has provided an important blueprint for resiliency in urban living that will contribute to cities around the world.

We are proud that Jamie Torres Springer led the Communities Initiative for the SIRR as Deputy Director and contributed to this important effort. Jamie will discuss the City’s response to climate change at an upcoming Urban Land Institute panel, Post Sandy & Irene: How is our Industry Changing? at UCONN Stamford on Wednesday, June 12th and at the Municipal Art Society’s The Road Forward: Putting Resilience into Action event on Wednesday, June 19th.