Congratulations to the Winners of the NYC BigApps 2014 Competition! 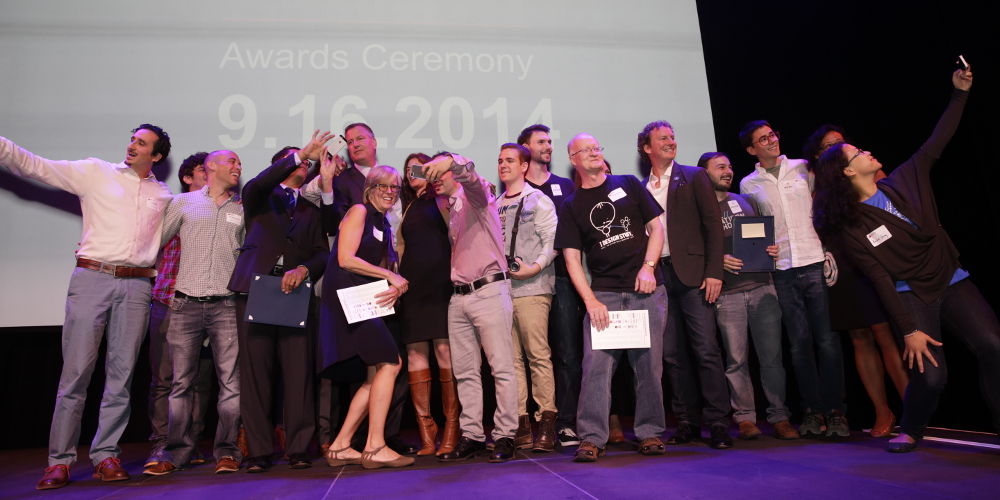 Technology has the power to transform our world, and with this challenge, we’re empowering the sharpest minds in tech, design and business to help solve some of the city’s toughest civic challenges.

On Tuesday, September 16th, New York City Mayor Bill de Blasio and Kyle Kimball, President of the New York City Economic Development Corporation (NYCEDC), announced the winners of NYC BigApps 2014, a competition that empowers the sharpest minds in tech, design, and business to solve NYC’s toughest challenges with technology. Winners were selected from 20 finalists – $20,000 cash prizes were awarded for the best Live, Work, Learn, and Play products, and $5,000 cash prizes were awarded to the best Mobile Apps, Web App, Data Tool, Connected Device, and Game. Mayor de Blasio and NYCEDC also announced that they will launch a sixth year of the competition that builds on this year’s success.

BigApps 2014 engaged over 3,000 New Yorkers and received more than 125 submissions, twice as many as last year. The 2014 competition winners are:

As competition administrator, HR&A led all aspects of BigApps’ design and implementation, including developing the competition’s structure, timeline, and guidelines; designing an interactive web platform; raising private funds for prizes and events; recruiting and managing relationships with more than 100 partner organizations and individuals; marketing the competition to entrants and the public; managing the submission and judging process; and producing eight high-impact events.

In addition to BigApps, HR&A also designed and administered NYCEDC’s Take the HELM and Staten Island Storefronts competitions, and the Open Society Foundations’ Talking Transition initiative, three programs that have used civic engagement and competitions as tools to support economic development in New York City. We are thrilled to be a part of these exciting initiatives and look forward to participating in more projects that support the innovation economy nationally and around the world.

To learn more about the competition and the winning teams, check out these articles in WNYC, amNY, Forbes, the New York Observer, and Fast Company.