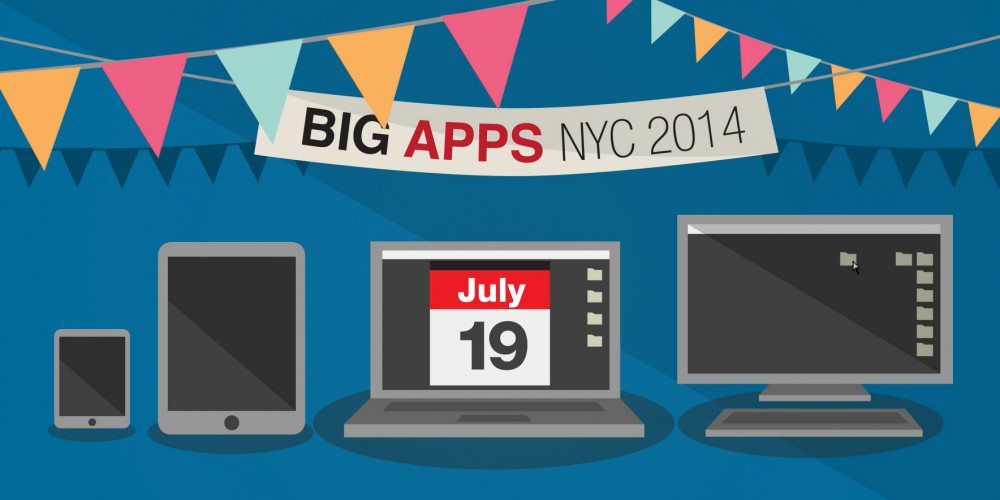 HR&A is producing NYC BigApps 2014, the largest civic technology competition in the world. BigApps, sponsored by the New York City Economic Development Corporation (NYCEDC) and global tech firms, awards over $100,000 in prizes to teams that develop apps, connected devices, and other digital products that improve civic life in New York. For those of you in NYC, we invite you to be our guest on July 19th at the first-ever BigApps Block Party at Brooklyn’s Industry City – a day-long expo with food and entertainment, where over 100 contestants will demo theisr products and compete to advance to the BigApps finals. RSVP here!

Since January, HR&A has led all aspects of BigApps’ design and implementation, including developing the competition’s structure, timeline, and guidelines; designing an interactive web platform; raising private funds for prizes and events; recruiting and managing relationships with more than 100 partner organizations and individuals; marketing the competition to entrants and the public; managing the submission and judging process; and producing eight high-impact events.

As BigApps and other city-supported programs show, New York City’s tech sector is reshaping our economy, public policy, and neighborhoods. Our growing knowledge of the city’s tech sector has included evaluations of tech’s impact on the City’s economy, leveraging tech to improve public policy, and cultivating the tech ecosystem in targeted neighborhoods across the city. HR&A authored the April 2014 report “The New York City Tech Ecosystem: Generating Economic Opportunities for All New Yorkers,” commissioned by the Association for a Better New York, Google, Citigroup and New York Tech Meetup. The study also offers substantive public policy direction for nurturing the future success of the ecosystem, and by extension, New York City itself.

We have worked with public and private stakeholders to help New York City’s neighborhoods plan for the growth of the tech sector, leading the real estate and economic analysis portion of the strategic plan for the Brooklyn Tech Triangle, an area encompassing DUMBO, Downtown Brooklyn, and the Brooklyn Navy Yard; and designing and producing Take the HELM, a NYCEDC- and Lower Manhattan Development Corporation-sponsored competition designed to diversify the Lower Manhattan economy by attracting tech and creative firms downtown.

HR&A has been advising communities on the creation and rejuvenation of innovation and technology districts for over a decade. We are thrilled to be a part of these exciting assignments and to continue to expand our breadth of services in the tech sector. We look forward to participating in more projects that support the innovation economy and city-building nationally and around the world.

What is BigApps all about? Watch the video below for a 1-minute animated synopsis!