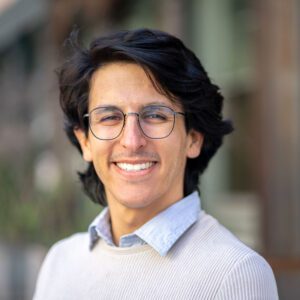 Pablo provides a range of analytic support for projects central to urban development.

His previous experience in neighborhood planning, public space design, and academic research is at the intersection of architecture and urban design. Pablo previously worked with HECTOR through the support of Princeton University’s Pace Center as a R.I.S.E. Fellow. At HECTOR, Pablo worked on a youth neighborhood masterplan and Philadelphia’s Mifflin Square Park design.

While earning his Master of Architecture at Princeton, Pablo was part of two School of Public and International affairs workshops consulting on federal coastal policy and equitable Transit Oriented Development. He was also a part of the LTL Architects team responsible for the Manual of Social Distancing publication. While at Princeton, he taught as an Assistant in Instruction for design studio, architectural fabrication, and the psychology of decision making.