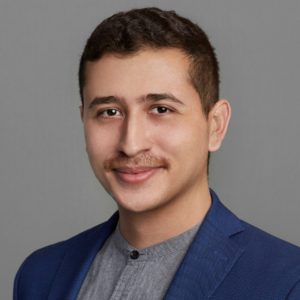 Juan is supporting 100 Resilient Cities as it puts together a long-term resilience strategy for the City of New Orleans in advance of the tenth anniversary of Hurricane Katrina. He is also assisting with HR&A’s work on the SC2 National Resource Network, a federal consortium established to develop and deliver innovative solutions to the toughest economic challenges facing cities across the United States. As part of this project, Juan is helping develop a capital funding and operations & maintenance analysis for the City of Wilkes-Barre, Pennsylvania as it redevelops Public Square, its primary downtown open space.

As an undergraduate at the University of Pennsylvania, Juan worked at PennPraxis, the applied arm of Penn’s School of Design. There he provided support for the civic engagement process behind the long-term visioning for a 4,300-acre urban park and the redevelopment of a smaller central public square. Previously, he worked in the overseas planning office of the Korea Land & Housing Corporation in Seoul where he assisted the company’s expansion into a Latin American new town development. While at Penn, Juan also conducted independent research on the state of transit-oriented development in Arlington County, Virginia.

Juan holds a Bachelor of Arts in Urban Studies from the University of Pennsylvania. He also spent time studying at University College London’s Bartlett School of Planning, and Seoul National University.